In Soul Pictures we do:

“After working with Hollywood directors like Woody Allen, Steven Soderbergh, Alejandro González Iñarritu, Larry Charles and Marc Foster, among many others, I decided to open Soul Pictures - A production company where film development, production and distribution happen as a quality reference for the industry.

I gathered an incredible team of equally inspiring filmmakers to join me in my quest to bring exceptional quality to the screen.

Head of Acquisitions & Sales Liliana Bravo, Programmer & Film Critic José Romero, together we coordinate our company offering you exceptional service across the board." 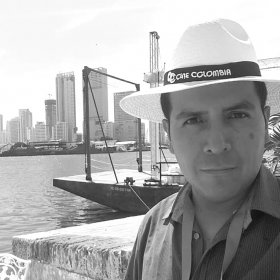